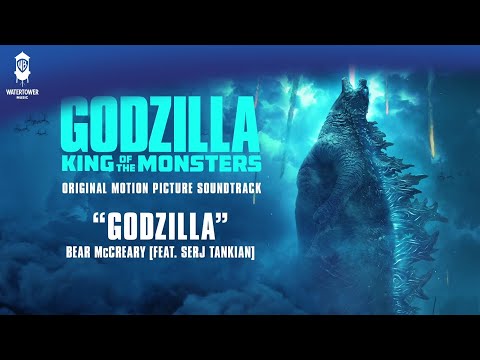 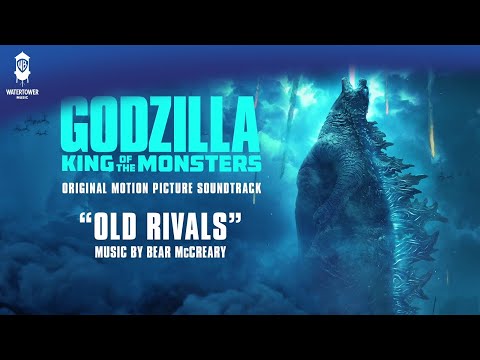 This album is dedicated to AKIRA IFUKUBE, the composer who taught us that music can roar.


SPECIAL THANKS:
The composer would like to thank director Michael Dougherty for his creative leadership. Thanks are also due to Mary Parent, Alex Garcia and everyone at Legendary Pictures, as well as everyone at Warner Bros. This score could not have been completed without the contributions of Peter Afterman, Margaret Yen, and all the talented musicians who invested their time and talent. Bear would also like to thank all his friends and family for their support during the recording of this score, especially Raya Yarbrough and Sonatine McCreary.


LINER NOTES:
‘Monster Opera’ is not a genre I had heard of before. However, when director Michael Dougherty used it in our first creative discussion about the score to Godzilla: King of the Monsters, I fully grasped how important music would be to this film. This term would influence our work through the entire process, shifting even the very language we used to discuss it. The climax of the first battle between Godzilla and Ghidorah was not the end of a ‘scene’. Now, it was the fanfare before ‘the curtain drops for intermission’. I realized from the beginning that I could not focus on simply scoring a film. I was writing an opera!

An essential component of any opera, especially a ‘monster’ one, are voices. Here, I strove to give every character a unique sound. For Godzilla, I used the heroic guttural vocalizations of a Tokyo-based taiko ensemble, performing not with their drums, but instead providing traditional kakegoe with their voices. For Ghidorah, I recorded the hypnotic tones of Japanese Buddhist monks chanting in a variety of styles, which I then mashed together to form unique phrases. Mothra’s Song features ethereal female choir singing in two harmonized lines. Rodan’s musical voice was achieved by pushing the orchestral French horns to ‘scream’ in fast, ripping roars up to their top register, both emulating and supporting the massive creature’s piercing calls.

Themes were as important to the score as the voices performing them. For Godzilla, I chose to incorporate and adapt the legendary Akira Ifukube’s iconic theme, and for Mothra, Yuji Koseki’s immortal “Mothra’s Song”, both being classic themes from the franchise’s origins. Filtering them through my own sensibilities, I hoped to form a connection between Ifukube’s uniquely brilliant style and the aesthetics of modern blockbusters.

For the remaining characters and story arcs, I composed all new themes. As an homage to his biology, Ghidorah’s Theme is a prayer to the number three, built from three-note groups structured into larger three-note phrases. The brassy Monarch Theme gives the film a heroic and muscular sense of modernity. The Family Theme, with its gentle piano melody and sul tasto string orchestra foundation, supports the emotional core of the story. The Ancient Theme, which opens the film, is meant to sound primitive and mysterious, an other-worldly echo from a long-lost epoch when these titans ruled the Earth.

For the choir, I wrote a unique text that was translated into Babylonian, one of the most ancient languages that scholars can reconstruct. This text is sung, in order, throughout the film, acting as a ‘Greek chorus’.

A Tribute to the Ancient Ones
Oh, Ancient Ones,
Those who first walked the Earth
With mighty steps
That shook mountains
And reduced cities of the unrepentant
To ash and stone
We make this offering unto you,
Of obedience, and gratitude.
With our bowed bodies
We clear a path at your feet

I also penned lyrics, sung in Babylonian, for a particularly moving scene:

Goodbye Old Friend
At the steps of your kingdom,
We become one
I offer to you
My life

Arguably, the most important lyric in the film is “Go, Go, Godzilla!” From the instant I was hired, I knew that I wanted to find a way to incorporate my favorite Blue Öyster Cult song, “Godzilla”, into the film. I collaborated with vocalist Serj Tankian, guitarist Brendon Small and the rest of his Dethklok rhythm section, to create my own version of Buck Dharma’s beloved prog-rock classic. This track is perhaps the most audacious piece of music I have ever produced, jammed to the breaking point with orchestra, choir, taiko chanting, taiko drumming, heavy metal rhythm section, Gene Hoglan’s blistering double kick drums, and Serj’s distinct vocals. It is complete musical madness!

After two years of planning, writing, recording, and mixing, finally all the soaring voices of this ‘Monster Opera’ can be heard, both in the film and collected here for this soundtrack album. I am thrilled to witness the coronation of Godzilla: King of the Monsters.

MARKETING SYNOPSIS
“Godzilla: King of the Monsters,” is an epic action adventure that pits Godzilla against some of the most popular monsters in pop culture history. Emmy Award winning composer Bear McCreary (“The Walking Dead,” “Outlander”) has crafted the music for the film, collected onto this 26-track soundtrack; comprised of his new compositions, an inspired incorporation of legendary Godzilla and Mothra themes, and his arrangement of a cover of the classic track “Godzilla” which features Serj Tankian on vocals, guitarist Brendon Small, and his Dethklok rhythm section.

The new story sees the mighty Godzilla colliding with Mothra, Rodan, and his ultimate nemesis, the three-headed King Ghidorah. When these ancient super-species—thought to be mere myths—rise again, they all vie for supremacy, leaving humanity’s very existence hanging in the balance.

Goodbye Old Friend
At the steps of your kingdom,
We become one
I offer to you
My life